For several years, the street pianos project has been an annual event that engages local artists to re-skin pianos as an activation for the community to watch and upon its completion, available for all in the community to enjoy and play.

This year, we are proud to have partnered with First Nations artist Fiona Reidy of Djinda Kaal Dreaming, as she brings to life her specially designed street piano Nyoongar Six Seasons Frog Call. Fiona’s totem design is based on the six Nyoongar seasons and frogs.

About the Banjo Frog
When winter chills are gripping the land, Western Banjo Frogs are getting set to call all through the night in south-western Australia. If you’re in Perth, listen for their Banjo-like calls coming from the backyard especially if you’ve got a pond or are close to a wetland or waterway. Around your area, you may hear a single explosive ‘bonk’ ring out from a hidden spot in the dense undergrowth at edge of a stream, lake or other body of water. These calls can carry quite a distance, and they need to. The male begins calling as early as May for northern Banjo Frogs, and from June to August in and around Perth. During the warmer months, these frogs burrow underground to keep cool and moist. During winter they hide in densely growing shrubs at the water’s edge to keep safe from predators. You’re more likely to hear their call than you are to catch a glimpse of them. If you are lucky enough to spot a Banjo Frog as it moves in the undergrowth, you will be able to recognise it from a number of distinct markings. The six Nyoongar seasons included in the artwork are:

Makuru | Winter, June to July
Season of fertility, coldest and wettest season of the year, more frequent gales and storms

This street piano is currently on display at 108 St Georges Terrace. Journey with Fiona as she brings Nyoongar Six Seasons Frog Call to life.

Fiona is a very proud Nyoongar business woman of the Balardong Clan, traditionally located in the Brookton/York in the Wheatbelt Region of Western Australia.

Painting is Fiona’s passion and is the way she expresses herself through life. “The strong connection I feel for my people gives me a deep sense of belonging as a Nyoongar Artist, which is why it’s important to be close with my people to bring the past into the present with my paintings”.

Aboriginal people are gifted story tellers and many of Fiona’s paintings are about her people in the hunter and gatherer days, being nomadic people who lived by the six Nyoongar seasons.

Djinda Kaal is Fiona’s artist name and in Nyoongar means ‘Star Fire’ which her mother chose for her. 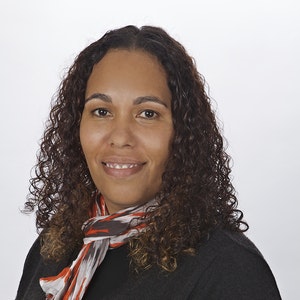 Stay in the know

We recognise the Traditional Owners of the lands where we live, work and operate throughout Australia, and we pay our respects to their Elders past and present.