What we can’t sea is a cornerstone of Brookfield Properties’ environmental sustainability program, focusing on raising awareness of the environmental factors hidden from the naked eye. 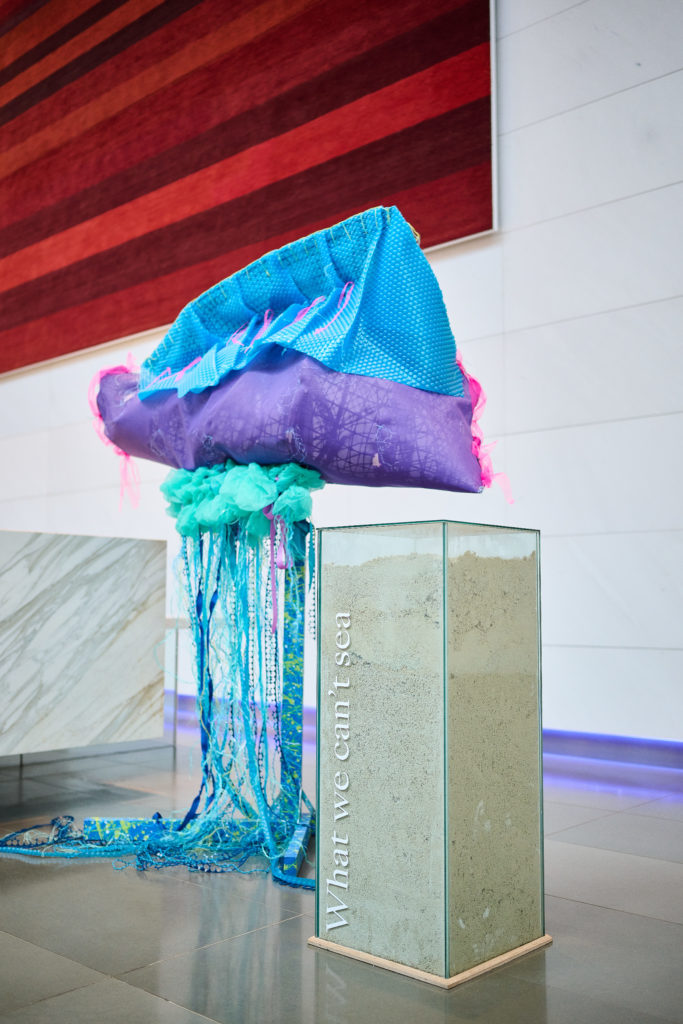 This campaign was created to spark conversation, shining a spotlight on the things we often don’t talk about. Like 18,000 pieces of microplastic being found in every square kilometer of the ocean, the threat of climate change impacts microorganisms which create 10% of Oxygen in our oceans.

Benja’s sculptures make the invisible side of climate change visible, using recycled plastics and paper as a vehicle to shine a light on the impact single-use plastic is having on the biodiversity of our marine ecosystems. 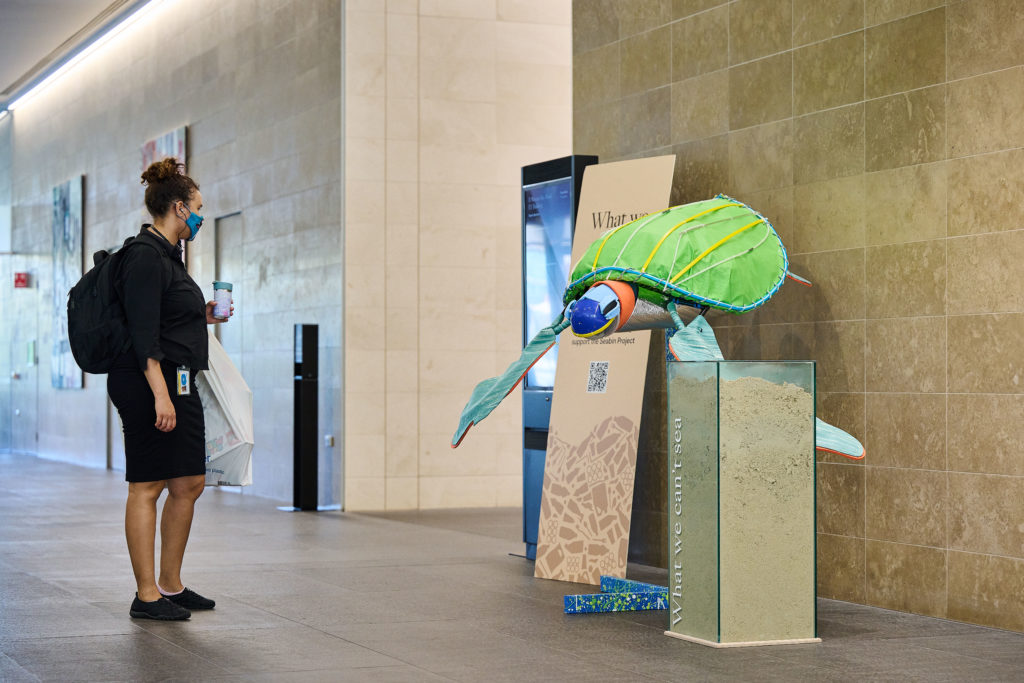 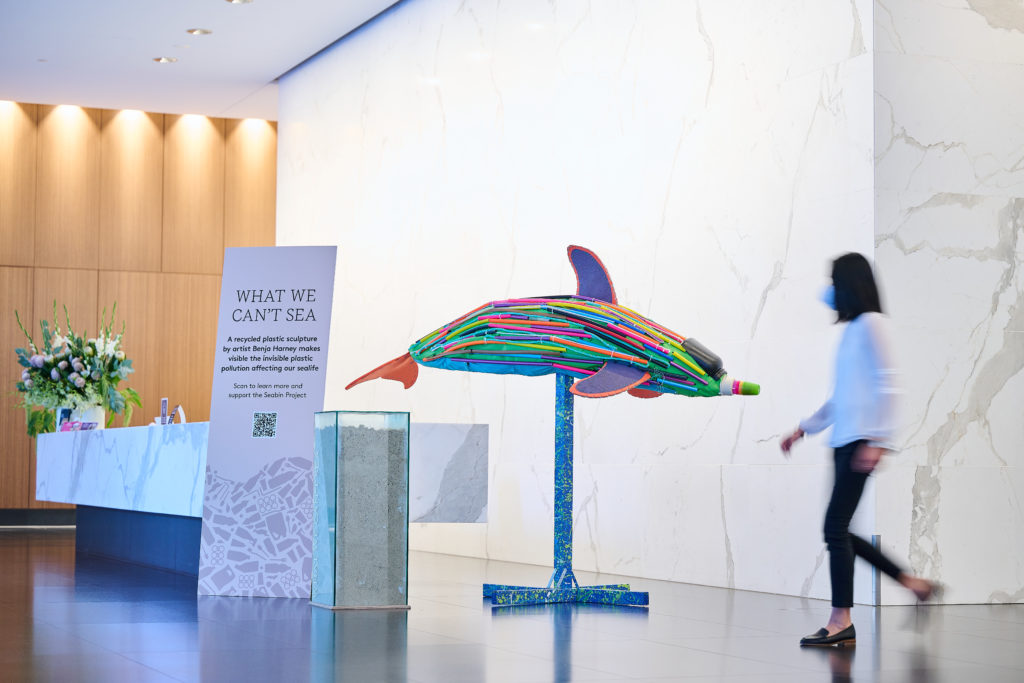 Awareness has long been an issue with the microplastics crisis due to the fact that we can’t see the trillions of micro plastics. Ingesting microplastic particles physically damages organs, leaching hazardous chemicals such as BPA into both humans and animals.

The nine sculptures will appear nationwide in nine Brookfield Properties lobby spaces. Located in each animal’s home state, where the native species are being affected by environmental issues.

Stay in the know

We recognise the Traditional Owners of the lands where we live, work and operate throughout Australia, and we pay our respects to their Elders past and present.